Are you ready for iOS14 new tracking policies?

Are you ready for iOS14 new tracking policies?

Are you ready for iOS14 new tracking policies? Here's what is going to change and how to prepare for it.

In June 2020, at its annual Worldwide Developers Conference (WWDC), Apple’s introduced the latest version of its iOS operating system, iOS 14, together with product and policy changes that will affect data sharing across iOS. Among other changes, the update requires apps to ask users for permission to collect and share data using Apple’s device identifier. Released later on September 16th, its first consequences were expected to hit in the beginning of 2021. So right on schedule, if you used the Facebook Business platform recently we are sure you received the pop up about the new Apple Privacy Update. Long story short, that privacy option that until now was buried deep in your settings will turn into an unmissable popup when you open each and every app. The pop-up serves two functions:

Quite discouraging, isn’t it? It’s not difficult to imagine what the majority of people will go for. And do not get us wrong, we are all for privacy and data protection! But what lots of people do not seem to fully understand is that this update will not cancel advertising, the ads are still going to be there, they are just going to be way less personalized. And what is the only thing more annoying than drowning in ads? Drowning in ads for products that you will never be interested in. Let’s say there’s a girl in her 20s who spends 80% of her Facebook time watching makeup tutorials. Right now she is receiving personalized ads from beauty brands, in a month she could be getting ads about fishing and a retirement home. So we believe opting out of having your data tracked is the easiest way to create a worse user experience on Instagram and Facebook, but still, 80% of people will be choosing to not grant permission to tracking. And we are not talking just about Facebook, of course. Think of TikTok, Pinterest, Youtube, everything that runs on third party cookies will have to deal with these limitations.

Some praised these changes, others have been panicking over them since the day they were announced. We can clearly see two opposite sides of this story. One on side, Apple, claiming these changes are necessary in order to give users the right to choose about their privacy. On the other side, Facebook, not clearly panicking over this update and taking the side of small business owners, expected to receive a dramatic drop in revenue, losing an estimated 50% of Audience Network revenue. It’s certainly not the first time these two came into conflict over privacy issues and we grew quite used to both of them openly criticizing each other’s policies, but let’s take a closer look at both points of view.

Apple: the way to go to earn the users’ trust

According to Apple, the “Apple’s App Tracking Transparency (ATT)” (or how this new data privacy policy has been named), is meant to give back to users their right to privacy, to let them choose if they agree to be tracked across domains. In a twit, Tim Cook, CEO of Apple, wrote that nothing is actually going to change, that Facebook will still be able to keep doing exactly what they have been doing til now, at one condition: get the user’s permission first.

“Apps on the App Store are held to a high standard for privacy, security, and content because nothing is more important than maintaining users’ trust. Later this year, you’ll be required to provide information about some of your app’s data collection practices on your product page. And with iOS 14, iPadOS 14, and tvOS 14, you will need to ask users for their permission to track them across apps and websites owned by other companies.”

From some, these new updates are to be seen as a necessary, long overdue effort by Apple to help users get back their right to control their personal data, forcing businesses to gain more user permission and be more transparent regarding how that data is going to be collected and why.

Facebook’s position is clear: personalised ads and user privacy can and should coexist, but this new update will limit advertising in a way that can only do harm to small businesses and free Internet.

Not only has FB been trying to stand against Apple’s decision,  they also started to actively speak up for small businesses. “Apple’s new iOS 14 policy will have a harmful impact on many small businesses that are struggling to stay afloat and on the free internet that we all rely on more than ever. They’re creating a policy that’s about profit, not privacy. They’re hurting small businesses and publishers who are already struggling in a pandemic. These changes will directly affect their ability to use their advertising budgets efficiently and effectively. Our studies show, without personalized ads powered by their own data, small businesses could see a cut of over 60% of website sales from ads.”

Adding that Apple is not even playing by its own rules, since Apple’s own personalized ad platform isn’t subject to the new iOS 14 policy.  “They claim it’s about privacy, but it’s about profit.”

Even though this erosion of personalization it’s going to “set personalized advertising back by 10 to 20 years”, according to Facebook, there is little that the social network can do about it. Not showing the popup would mean being removed from the app store, and that would result in a loss loss situation for both Facebook and the businesses advertising on it.

What is going to happen in a nutshell:

The update will result in a decrease in ad performance and personalisation and an increase in cost per action. Basically, it will be way more difficult for you to:

What you can and should do ASAP

Do you think Apple is finally taking responsibility for users’ privacy or are these moves are part of Apple’s strategy to expand their fees and services business at the expense of small businesses? We will keep following this matter closely and sharing with you our tips and thoughts. In the meantime, if you need help getting your business ready for these changes, drop us a line and we will share some of our best practices with you. 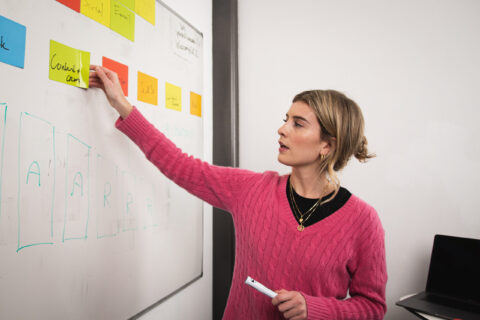 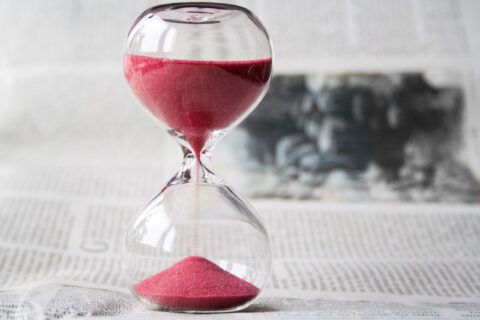 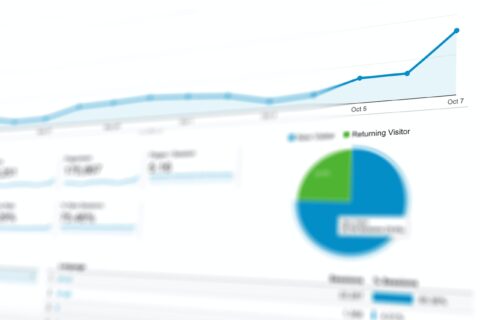 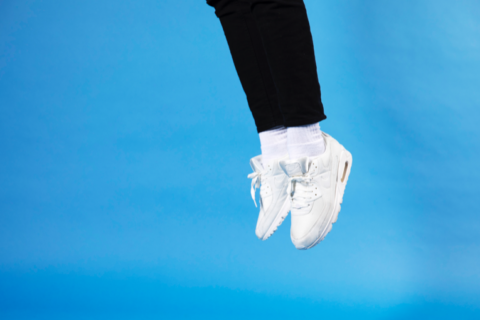 Are you ready for the new iOS14 tracking policies? 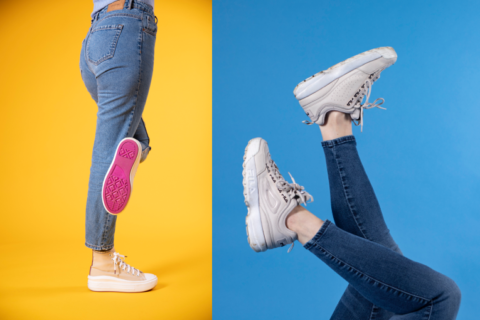 Tips and tools to optimize your Google Shopping Feed in 2021

What about starting the year with a perfectly optimized eCommerce feed? Our eCom expert Jeroen walked us through … 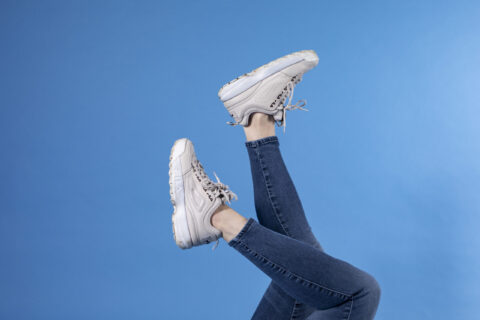 Beginner’s Guide: hacks and tools to get you started

For all the future growth hackers out there, here are 5 Growth Hacks ready for use and 5 … 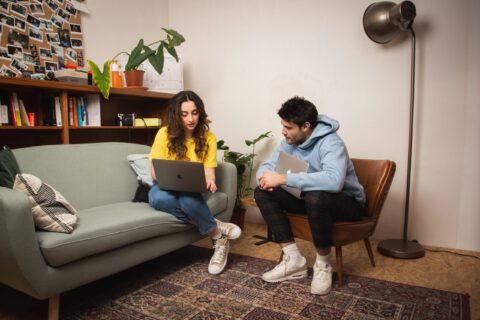 Some will blow your mind for how simple they are, others are engineering masterpieces. What they all have …

Some will blow your mind for how simple they are, others are engineering masterpieces. What they all have … 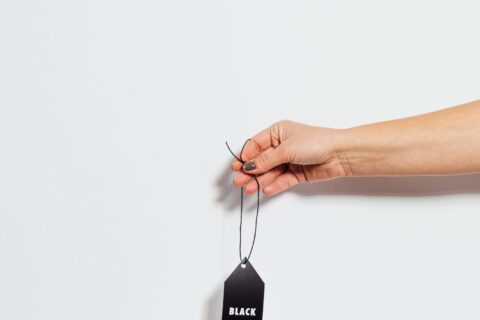 Fantastic Black Friday emails and how to write them

Email marketers: it’s that time of the year again. Black Friday campaigns are certainly a lot to handle, …

Blijf up to date

This website uses cookies to improve your experience while you navigate through the website. Out of these, the cookies that are categorized as necessary are stored on your browser as they are essential for the working of basic functionalities of the website. We also use third-party cookies that help us analyze and understand how you use this website. These cookies will be stored in your browser only with your consent. You also have the option to opt-out of these cookies. But opting out of some of these cookies may affect your browsing experience.
Necessary Altijd ingeschakeld

Performance cookies are used to understand and analyze the key performance indexes of the website which helps in delivering a better user experience for the visitors.

Analytical cookies are used to understand how visitors interact with the website. These cookies help provide information on metrics the number of visitors, bounce rate, traffic source, etc.

Advertisement cookies are used to provide visitors with relevant ads and marketing campaigns. These cookies track visitors across websites and collect information to provide customized ads.

Other uncategorized cookies are those that are being analyzed and have not been classified into a category as yet.